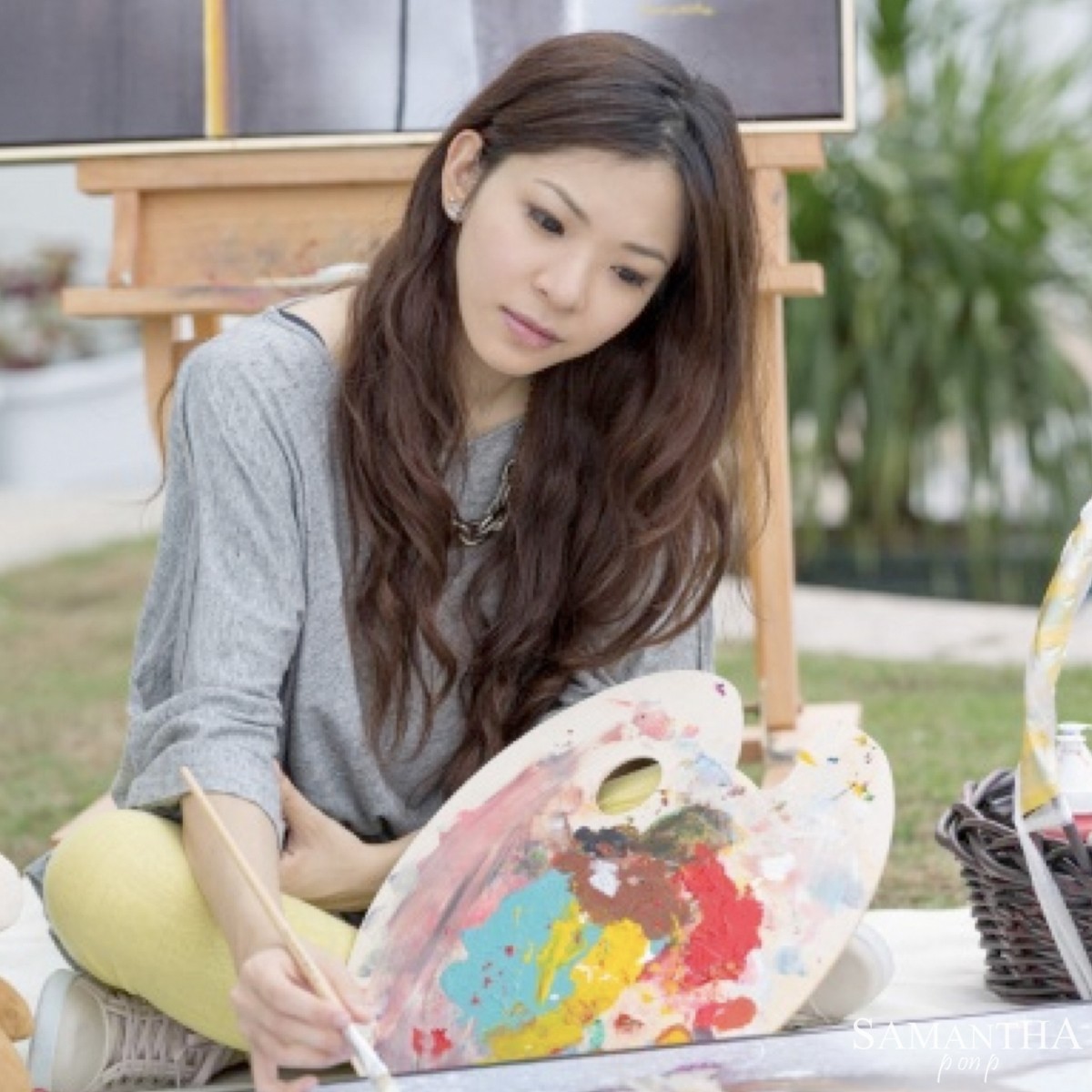 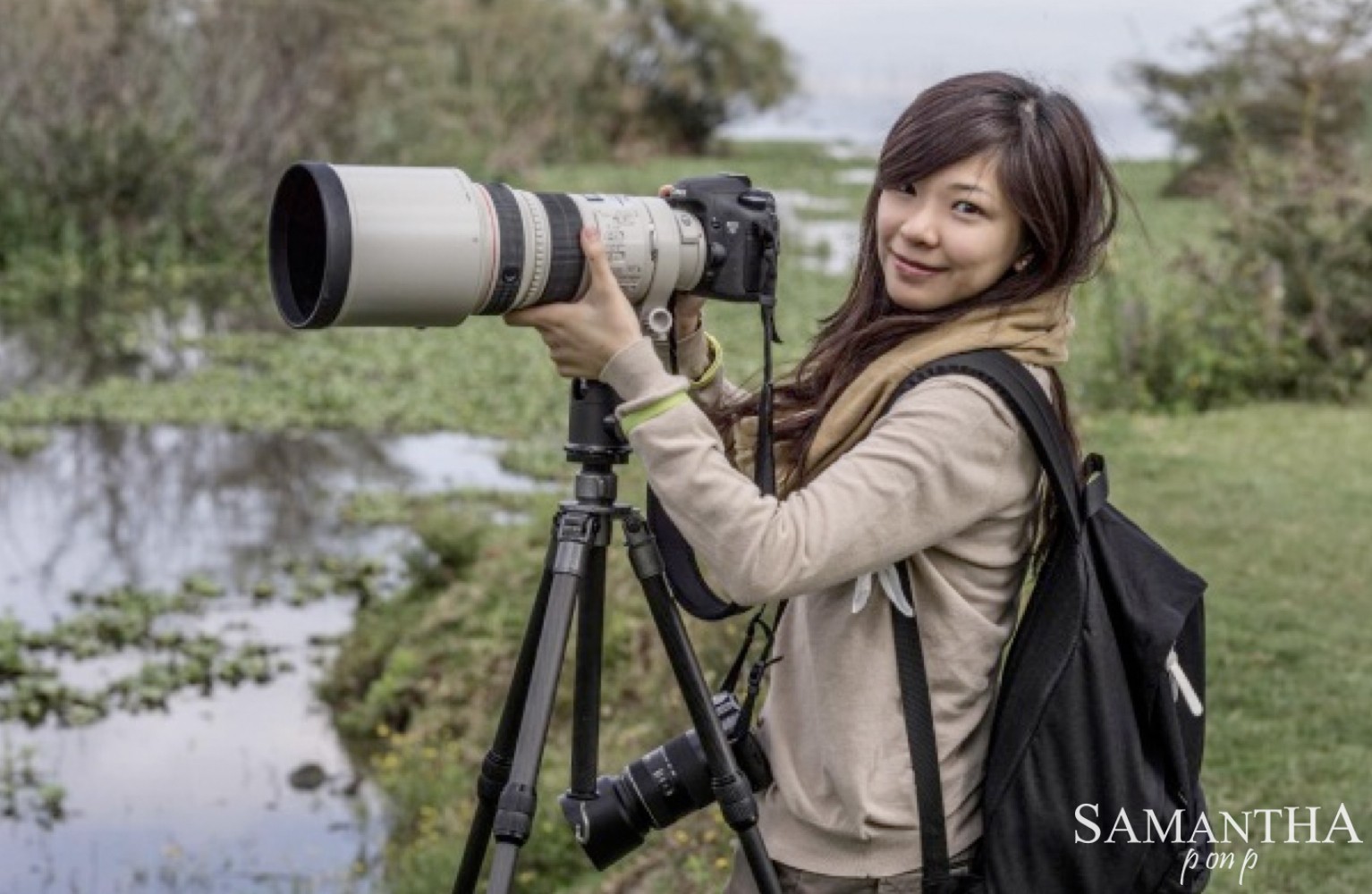 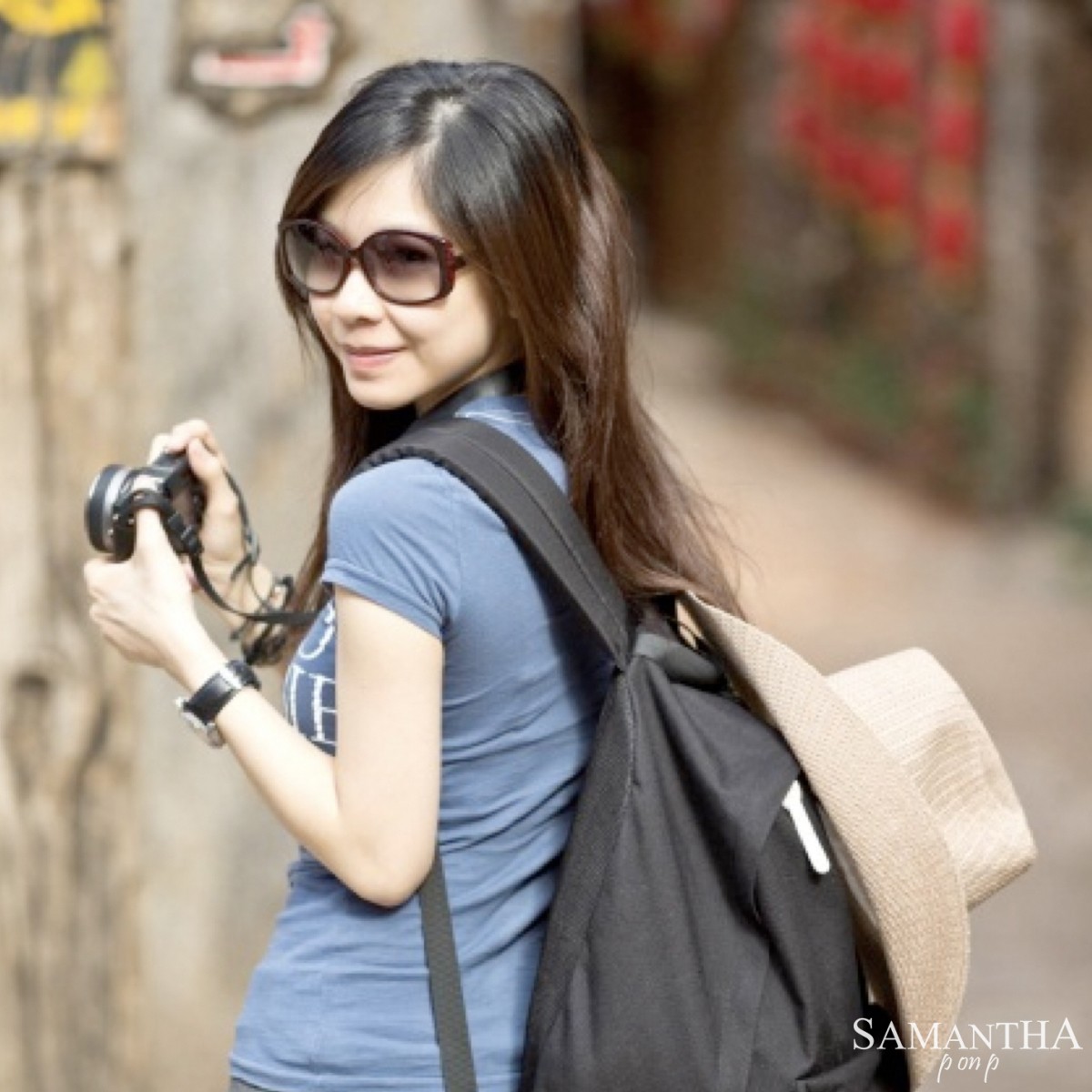 Samantha Li, the creator of “P on P” art form, graduated with a major in Fine Arts from the University of Hong Kong. With passionate love for art, she is also one of the first artists from the Hong Kong Jockey Club Lei Yue Mun Plus.

Since her early life, Samantha has shown great enthusiasm in literature and arts, especially painting and photography. Other than different provinces in the mainland China, she has also visited many countries around the world. The travelling experience is a real eye-opener for her – after viewing the colourful world with different cultures, she is inspired by the relationship between human and animals, and determined to capture the scenes with her cameras and brushes.

Just like many young people, Samantha sees the world with curiosity and imagination. She then comes up with an idea to combine photography and painting, the two artistic media that she has most affection in, into a new art form – painting with imagination on the real-life photos after digital processing – with a hope that people can share her thoughts through her artistic prospects. Thereupon, the original “P on P” (Painting on Photo) series of artworks is created.

Human civilization has a history of 6000 years, most of which were recorded by written language. But at the primary stage of civilization when people had no letters, they were inclined to use images or pictures for memory, expression and communication. The pictograph is also an embodiment of the combined result of both characters and pictures.

The oldest known paintings are at the Grotte Chauvet in France, claimed by some historians to be about 32,000 years old. For pre-historical paintings, archaeologists have different assumptions: some assume that ancient people painted for the sake of easier hunting because they thought painting was a way to capture animals’ souls; some suppose this is a manifestation of animism, showing the respect for nature; some think that the paintings indicated the natural need for human beings to express their feelings; some consider the paintings to be a measure of communicating with others.

No matter which of these hypotheses might be true, undoubtedly, painting is definitely a reflection of a person’s inner side.

Another type of visual arts that carries the function of emotion expressing and memory recording is photography. In 1892, the first photo ever in the world was invented. Its invention in the 19th century is threatening the role of painting, urging painters to search for innovative ideas and forms of creating artworks. Till the 1860s, its technology has developed into a relatively mature phase.

Before the invention, painting was regarded as a tool to record images of daily life. However, it lost its superiority to photography in the domain. With crisis awareness, painters had to give up the traditional photo-like techniques of drawing and explore a brand new way in painting, including the variation of colours, forms, techniques and creativity.

When the eastern style of art and culture were exposed to the western artists, such as Japanese engravings and Chinese silk artworks, they inspired the painters with unique angles, scenography and simple colours. This novel artistic world gave stimulus to the artists. Getting rid of the old-fashioned mode and pursuing a fresh start, they became the first artists of Impressionism – the beginning of modern painting. Impressionist painters, who are not restraint by tradition and aimed at innovation, realised the unique value of artistic form and explored this aspect with audaciousness, laying a foundation for modern arts.

Post-Impressionists extended formalism to its acme without even taking into account any subjects or contents. Regarding to the performance, the painters believe that subjective emotions transform objective images in arts (“subjectified object”), because they think artistic images should be different from the original. Post-Impressionism has greatly influenced the development of most styles of modern arts. Vincent van Gogh was a representative who showed honest emotions in his works, and had a far-reaching impact on 20th-century art. Pablo Picasso was one of the greatest and most influential artists of the 20th century, whose works, combining lots of abstract elements, have brought refreshing and impressive feelings.

The end of last century witnessed computer’s popularisation and the coming of digital age, bringing our life new impacts. Digital cameras were introduced at the historic moment and rapidly won people’s heart. As digital technology and Internet develop, using MP3, mobile phones and other products with camera, photo taking is becoming more and more essential. Assorted equipment and modes of transmission have also diversified photography. Innovations are brought to all kinds of photos by digital camera, whose invention, technically, is a conspicuous revolution in photography.

With a digital camera and a computer, we now can do whatever we want with the photos. Much more wonderful pictures with creativity are, therefore, entering people’s sights. Imagination is the core value of digital processing, creating increasing amount of amazing works.

In the recent hundreds of years, art genres tend to become more and more numerous and complicated. The crash and crossover among assorted art styles, as the artistic concepts expand, are forming a kind of integral art that cannot be categorised into one particular form.

The creation of “P ON P” (Painting on Photo) is exactly on the new trend.

Since young, I had a special love for art, especially for painting and photography. I was fortunate enough to have visited many places in the world, including China, Europe, Japan, Africa, Southeast Asia, etc. The historical sights, humanity and natural views were not only remembered in my heart, but also recorded by cameras and painting brushes.

I prefer doing oils and acrylics when I paint. Painting originated in the 15th century. Oil paint doesn’t discolour after dry, so artists can use abundant and living colours for the paint won’t get dirty when mixed. Its high opacity helps with the sense of hierarchy and layering. On the other hand, acrylic paint is fast drying paint that can be diluted with water, but become water-resistant and lasting when dry. It’s relatively transparent. So if used in “P ON P”, it allows us to vaguely see the original photo underneath the paint.

Painting, as well as photo taking, in my opinion, is a means of artistic expression for retaining the moment of beauty. They differ only in their ways of interpretation and presentation. Therefore, I try to combine the two styles of art that I love most together – based on backgrounds of realistic photos, using computer technology to print the photos onto canvas, I then paint on it with imagination. The 3-in-1 technique is the originality of “P ON P”.

I have discovered, in the course of social intercourse, people hold various opinions towards the same object – even though they are looking at the same photo, what they feel and get might differ enormously. My expectation is to express the creativity and thoughts deep in my heart through “P ON P” works, so that after the photos are decorated with my ideas, viewers are able to see things from my point of view. I wish the artistic ideas are refreshing for the general public.

The picture album consists of a series of “P ON P” work pieces, and hopefully, it is an embodiment of the creating spirit of the young generation in Hong Kong. The book is filled with imaginary paintings of “how animals’ life develops like human beings”. I believe, after the works, which are combined of realistic and abstract factors, are shown to the public, this type of creation will bring you to a new angle and enable you enjoy the new art trend.